Hopi katsina carver, David Jensen, was born and raised in Tuba City, Arizona.  Jensen enlisted in the US Navy after completing high school.  During Desert Storm, Operation Restore Hope and the Somalia Crisis, he served aboard the U.S.S. Kittyhawk.  Upon returning home after a safe and successful military career, he was inspired to learn the art of carving.  In fact, he sold his first piece to his Uncle, famed carver Cecil Calnimptewa.  In addition to carving, Jensen has worked as a facility technician in both Flagstaff and in Tuba City.  Today he continues to carve and is also an avid outdoorsman, hunter and forager.  Recently he has been building a home for himself and his family that is completely off the grid.

Sipikne is traditionally a Zuni katsina, however, the younger men of the Hopi often feature Sipikne at dances.  Why the younger men you might ask?  It takes great stamina and physicality to execute the strenuous and highly energetic routine at Night, Bean or other Mixed Dances.  The mask of the Sipikne might vary, but the presence of a bird on his head is unchanging.  David featured a red tail hawk on this particular doll. 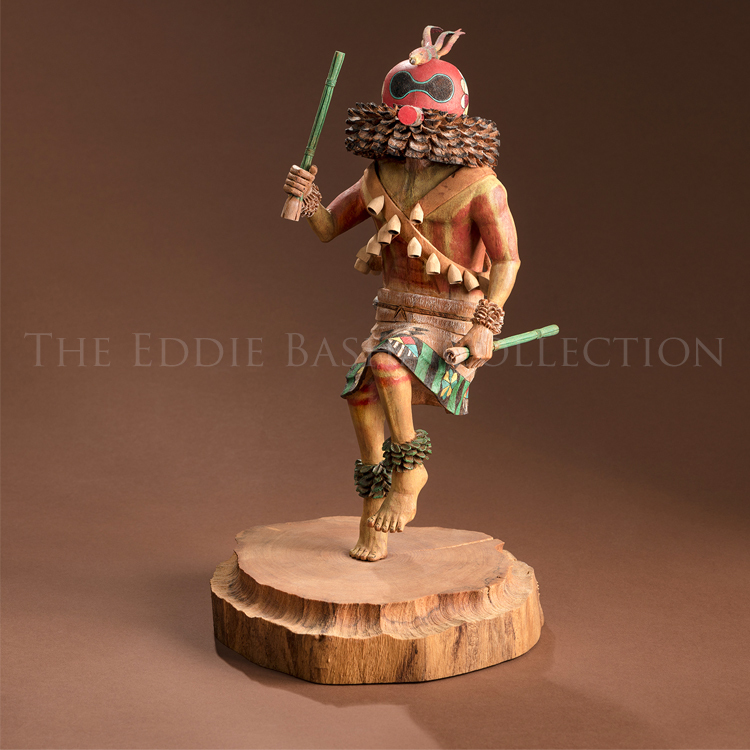