Master silversmith Bernard Dawahoya was born in 1935 in the Second Mesa village of Shungopavi. A member of the Snow Clan, his Hopi name is Masaqueva, which means “Wings of the Sun” or “Little Sun”.

Bernard Dawahoya, was a master of many traditional Hopi arts, but focused on silversmithing since his teens and making jewelry since the 1950’s.  He learned from his uncles, Washington Talayumptewa and Sidney Sekakuku, and also took classes at the Hopi Silver Craft Cooperative Guild.

Eventually, Bernard Dawahoya returned to Shungopavi and opened his own shop, and continued to exhibit at arts and craft shows.  His masterful works are known for their precise matting (texturing) in negative spaces, heavyweight silver, crisp designs, and bold traditional symbols, such as Mudheads, Hopi Snake Dancer, Crow Mother, eagles, roadrunners and more; all reflect Hopi history, culture, and beliefs.  Beyond his skills with silver overlay, jewelry boxes and bowls, he created textiles, paintings, Katsina dolls, and leatherwork.  He also recorded traditional Hopi dance songs in 2004, and was known as a prolific storyteller, regaling admirers with the stories behind his designs.

His works are included in the collection at Harvard University’s Peabody Museum of Archaeology and Ethnology as well as at other museums from California to New York and many private collections.  In 1998 he was designated an Arizona Living Treasure and enjoyed that distinction until his passing in 2011.

The EBC is honored to have Dawahoya’s silver seed pot that depicts the Hopi symbolism of a whirlwind pattern that brings the rain clouds amongst its many hidden gems. 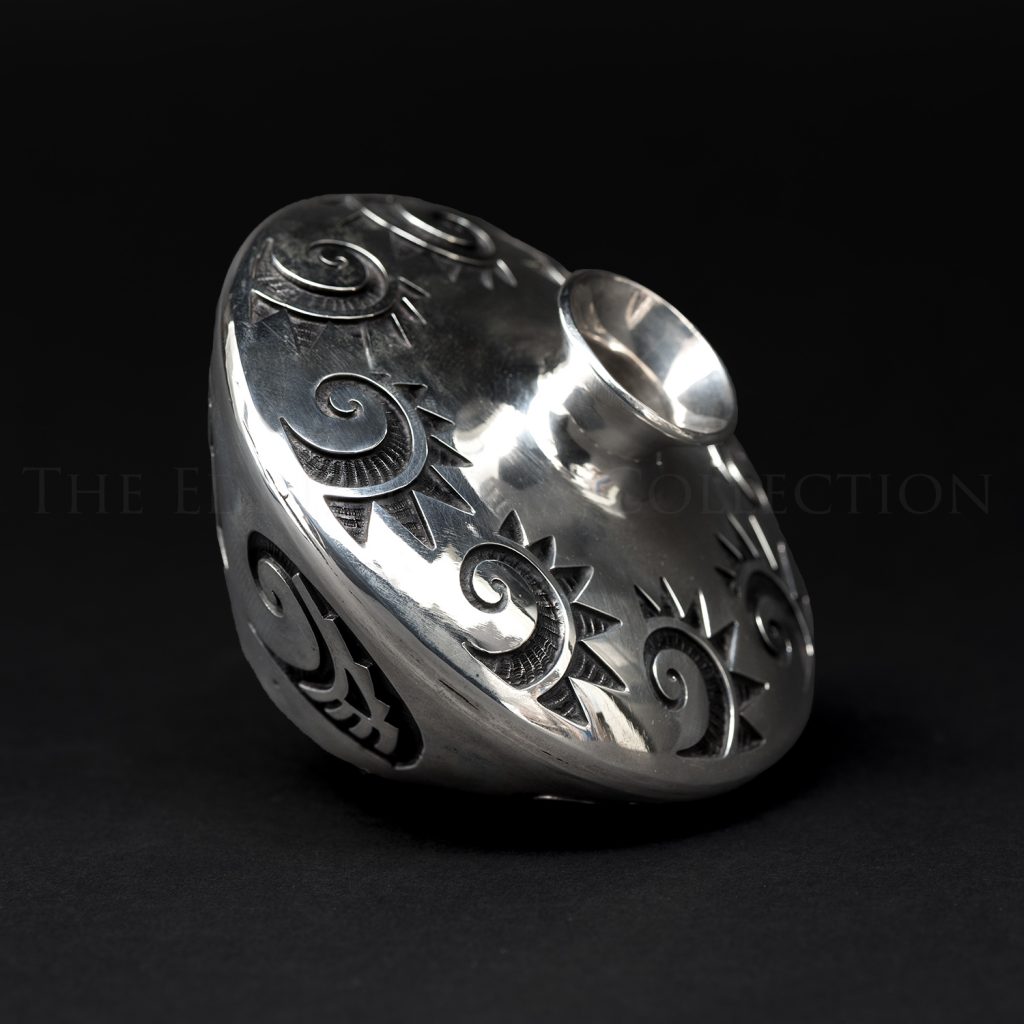