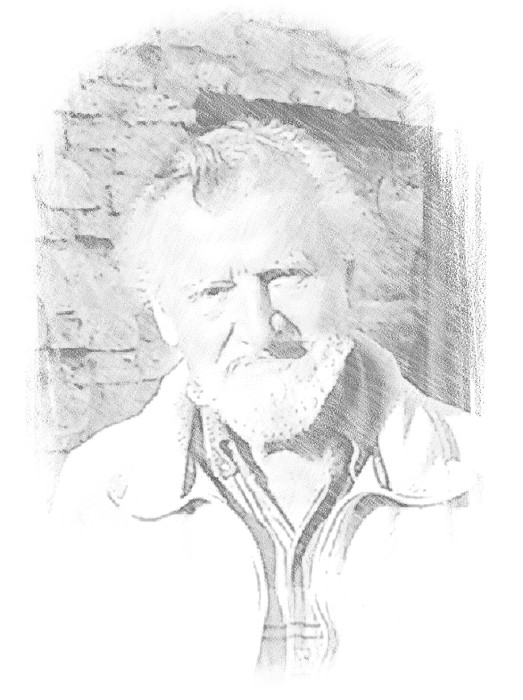 Paul Dyck was born in Chicago, but spent his early years in Alberta, Canada, where he lived among the tribes of the region.   He first studied art at the young age of eight in Europe as an apprentice to his uncle, a painter with studios in Florence, Paris, Prague and Rome.  By age 15, he was studying at the Munich Academy.  While in Dresden, Germany, he met One Elk, a Sioux Indian who was performing with a circus at the time.  He would later live with One Elk in South Dakota prior to his service in the U.S. Navy during World War II.  It is there while living with the Sioux that Dyck was given the Indian name, Rainbow Hand.

That early immersion into the art world in Europe provided a strong foundation for his career as an artist, but the majority of his artistic inspiration emanated from the American Indian cultures of North America with whom he often lived among and studied throughout his lifetime when he wasn’t spending time on his ranch in Rimrock, Arizona.  Dyck preferred the 14th-century Florentine technique of egg tempera coupled with transparent oil glazes.  His works are representational, but frequently emphasize the mystical natures and practices of Indian cultures.  He had over 65 one man art exhibitions across the country.  As a devotee of the study of culture and histories of Plains Indians, Dyck was also a lecturer and published author on the subject.  And, the Buffalo Bill Center of the West in Cody, Wyoming, regularly exhibits more than eighty objects from Dyck’s privately-owned Plains Indians artifacts collection of more than 2000 pieces, the most extensive of its kind, many of them from the early 1880’s. 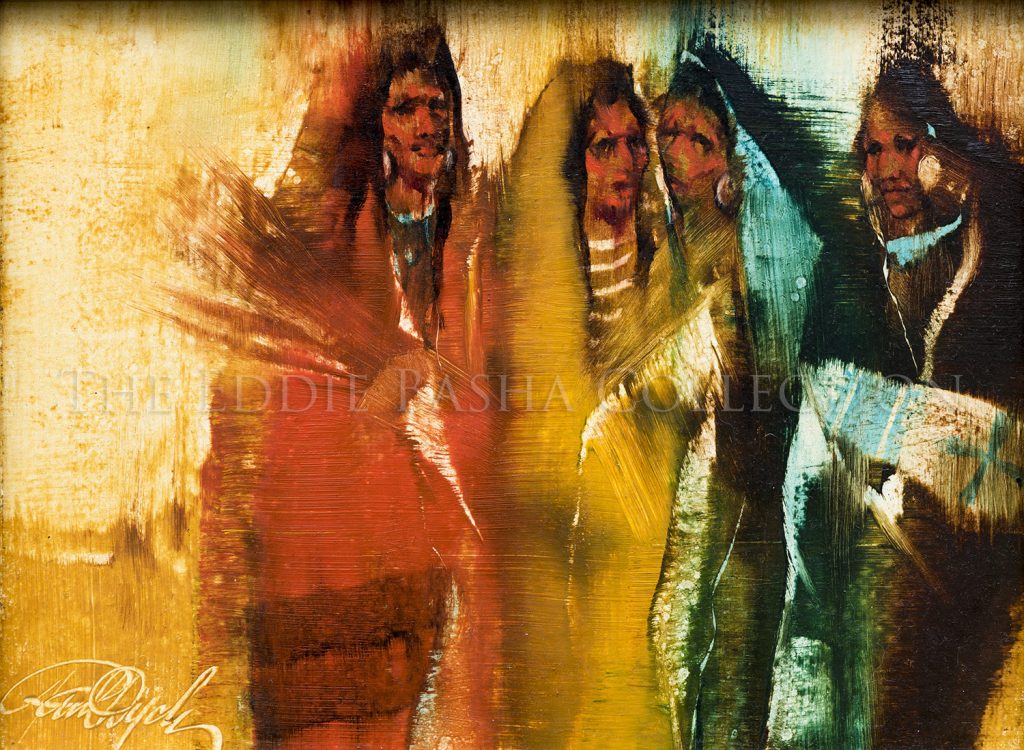 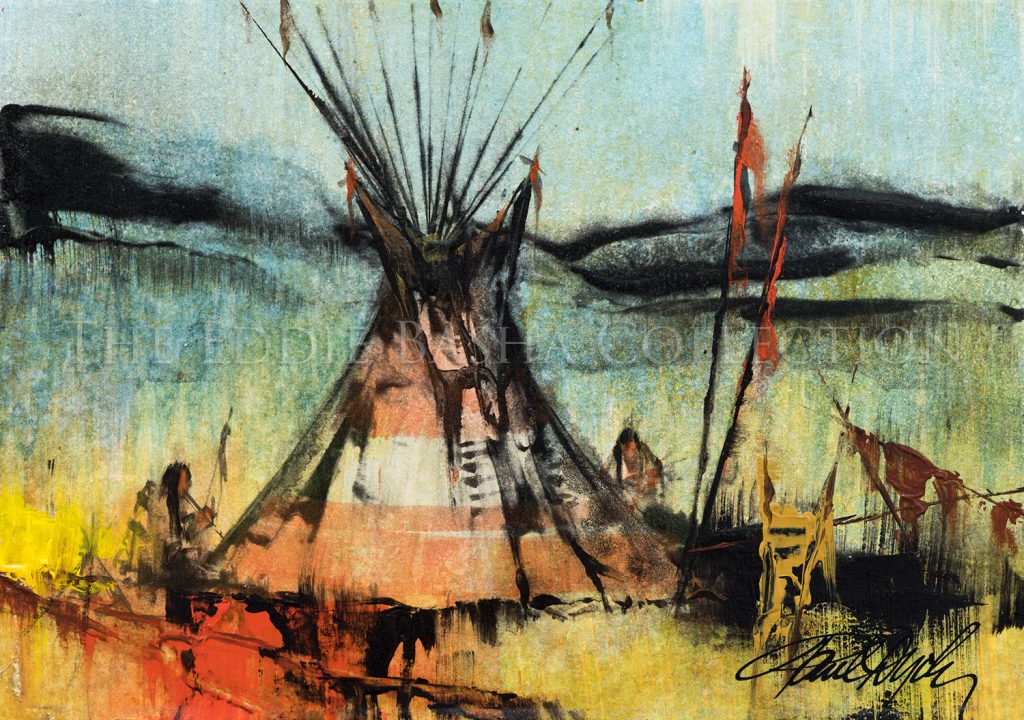