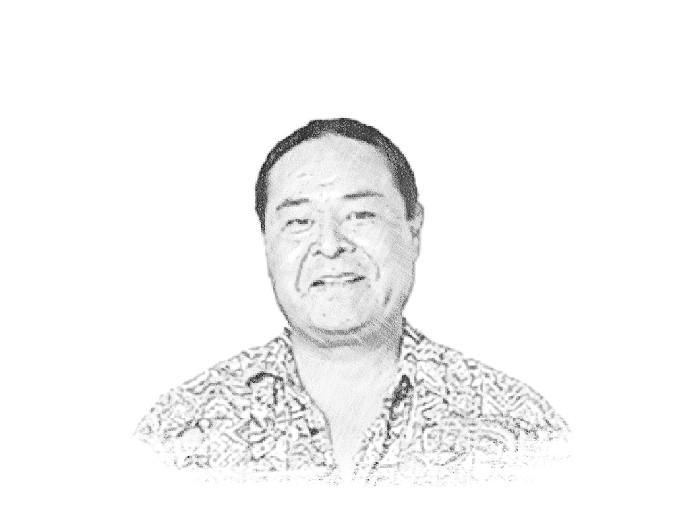 Once he made the Apache, Yusn, or Life-Giver, set them on the earth and taught the tribes the Lifeway. Among the Lifeway’s tenets were generosity, respect and kindness to others. Yusn sent the Apache the gaan as a helpmate. The gaan demonstrated the Lifeway to the Apache and gave them strong medicine to fight disease and rituals to invoke blessings. Eventually, the Apache acted badly and the gaan left to live in the mountains.

When the Apache tired of their wicked ways, they found messages left by the gaan in caves in the sacred mountains. By imitating the dress and dance of the gaan which was revealed to them through the cave drawings and through the revelations of the medicine men, the performers of those rites could be touched by their power.

The gaan, represented today by the Mountain Spirit Dancers, continues to play an important role in Apache life. Energetic dances summon the gaan’s power and are accompanied by singing, music and costumes. Symbols such as the sun and moon, white triangles representing the sacred mountains, and evergreen boughs, absorb harmful spirits and intercede on behalf of the ill.

Craig Dan Goseyun (b.1960), a member of the San Carlos Eastern White Mountain Apache, has attended many of these ceremonies. His three sisters and several cousins have passed through these rituals.

Goseyun, was born in Hawaii, where his father, who was in the Air Force, was stationed prior to a tour of duty in Vietnam. Exposed to art books at the various schools he attended, Goseyun learned to draw, fascinating his teachers and schoolmates with his artistic skills. When his father was shipped overseas, Goseyun stayed with his mother at the San Carlos Apache Reservation. It was there that he learned the Apache ways from his grandfather and elders. Since his days in grade school, Goseyun has admired the works of Michelangelo. In 1980, his interests grew to include Rumanian sculptor Brancusi and a Japanese American sculptor, Noguchi. Goseyun explains, “I’m impressed with Noguchi for his ability to create sculptures relating to nature in a simplistic form.” Goseyun is also an admirer of Zuniga’s work. “Zuniga captures more life in his depiction of native women than I’ve ever seen.”

One of a family of visionaries, Goseyun conjured his own visions while working at various jobs on the reservation. He wandered the hills envisioning large monumental sculptures honoring his traditions and sacred past. It is a dream that GOSEYUN still holds as he completes, one by one, individual sculptures of the Mountain Spirit Dancers.

Also in 1997, the San Carlos Apache Reservation commissioned Goseyun to design a 16 foot bronze “Hoop and Pole Game Dancer” sculpture. In 1995 Haskell University in Lawrence, Kansas purchased the second bronze in the edition of the “Hoop and Pole Game Dancer” for the entrance to their university. In 2000, Goseyun again was called upon by Disney World Productions to sculpt a special theme at their facility in Osaka, Japan.

This accumulation of awards and growing international recognition are strong indications of Goseyun’s talent and rapidly growing career. Craig Dan Goseyun’s sculptures will no doubt be reminders of past mysteries reminding us all of the balance of living harmoniously with nature. 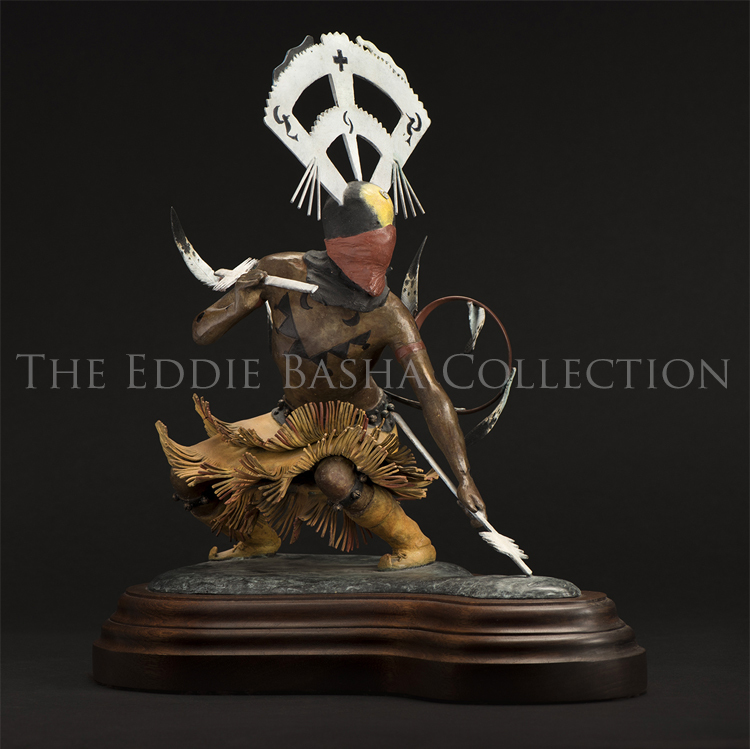