The pottery of Acoma is strongly recognized for fluted rims, thin walls and geometric design. Potters of the pueblo implement similar techniques found in the local region, from collecting of the clay material from limited sources, forming the vessel for specific use, decorating with patterns and design by hand, to firing the pot at high temperature.

Even though these pots were traditionally hand-coiled, with hand-mixed clay and custom slip, some contemporary potters have chosen to save time and energy while constructing stunning pieces by using molds.  It is also not unusual for pots to be kiln fired, rather than the traditional method, but the expression of the individual artist lies in the manner in which they chose to represent their art form.  The difference can often be seen and felt since custom pieces tend to be thinner, lighter, and have a coarse interior.

Regardless of the approach, the hand painted design selection varies.  Thraditional designs include rainbow bands, parrots, and deer; or a black and brown motif with geometric pattern and impressively accurate fine lines.

Orange and black are traditional colors, however, current artists have incorporated new, bright and vibrant colors as generations have passed.  Hatching patterns symbolize rain, while lightning, thunder clouds and mountains are also represented.  The influences of the cycle of life, water and sky are frequently used.  New designs have become more detailed to catch the eye.

The pottery of Acoma, aside from its prized artistic value, was originally functional.  Pottery provided storage, cooking, and eating.  Water jugs were used by the men of Acoma for long hunting trips or camping.  Other pots were used as seed pots to store seeds for planting in the comng years.  Today the pottery of Acoma is not only revered and collecter for its unique artistic characteristics but also because of its immensely rich historical value.

The Haak’u Museum and Sky City Cultural Center provide education and exposure to the Pueblo of Acoma.  Experience the culture, meet the artists and learn more while visiting the Market Plaza.  The artists display, create, and share living tradition. 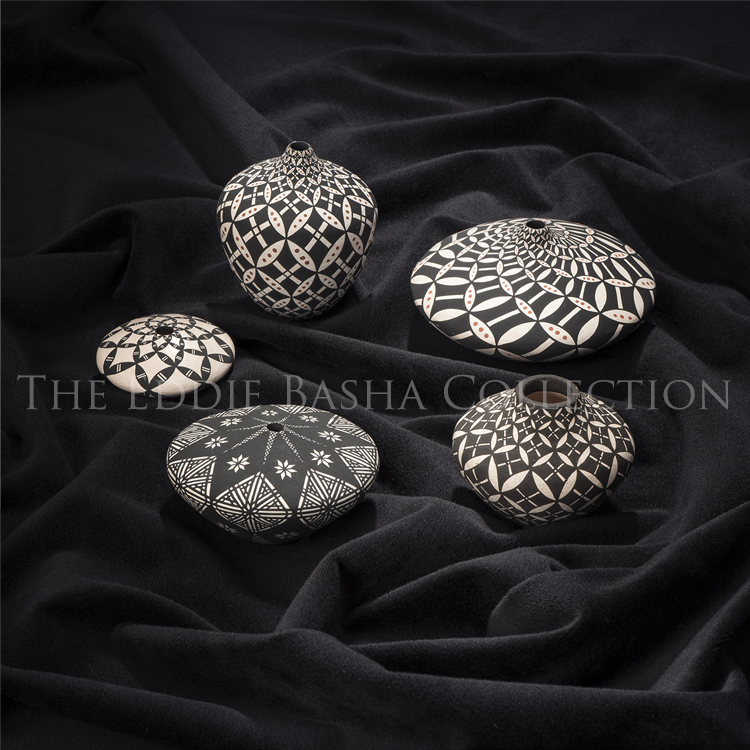 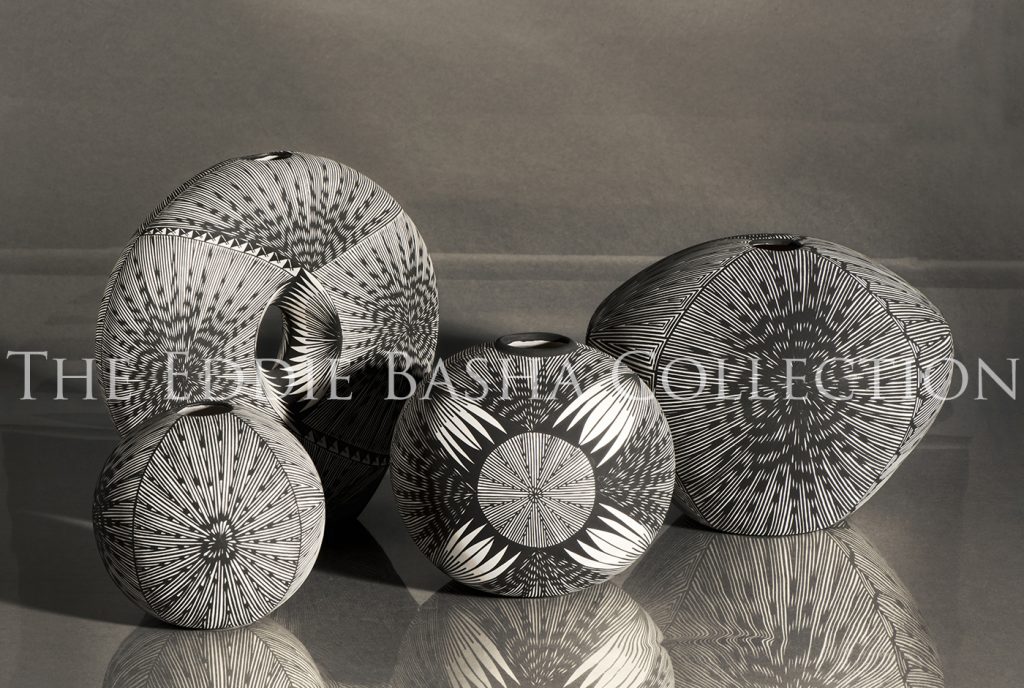